GET OUT THEMES BY COLTEN BROWN
Brief Summary:
What incites fear into someone? Is it a terrifying monster that does not look human? Is it a moment that catches one off guard and frightens one? Both of those events could make one scared, but what truly scares someone is when everything that seemed normal to them is no longer normal. When the people they once trusted turn out to be monsters. Not literally monsters, but being monstrous by their actions. This is what happened to Chris Washington in the film Get Out. Jordan Peele, the director and main writer of the movie, shows the audience what truly terrifying experience may come from something that seems so innocent. A weekend with his girlfriend and her family. Seemingly harmless, but turning out to be that him fearing race being an issue was a real thing. Eventually he learns that her family is trying to overtake his body to control him through a host. There are many events and scenes that at the time seem weird. One includes when Rose’s mother takes control of Chris and puts him in strange place. He does not understand at the time what is happening. Another important piece of the movie is the roll that senses play. The man who wishes to take over Chris’s body is blind, so he would be able to see again. Chris is also sent in the weird state by the sound the mother makes with her spoon spinning against a tea cup. He is saved by some heroic acts. Some less expected than others. Some of these are done by others and at least one is done by Chris himself. Chris’s fictional situation in the movie Get Out provides an example of fear that modern racism may incite in some. Also the characters that are initially presented may not be who we once thought they were. This may be a bad thing but sometimes may be a good thing. Finally, the use of modern devices is very prominent in the film and that is something that will be explored.

Who one may trust, and who one should be wary of are things people ask themselves on a day to day basis. It is important to not place your trust in an unsafe place. This is very apparent in Jordan Peele’s Get Out. Chris Washington (Daniel Kaluuya) was under the impression that he was going to have a difficult weekend meeting his girlfriend’s parents. He thought race would play a role since he was a black man with a white girl. He could not have imagined the role race would play, or from the monsters this malice came from. When visiting Chris’s girlfriend and her family, the family took a weird interest in Chris and his race. They eventually try to take over his body so someone else can control him more or less. Chris’s fictional situation in the movie Get Out provides an example of fear that modern racism may incite in some.
In my adaptation I would like to emulate similar fears that Jordan Peele did. That way viewers of my adaptation will have an understanding of the feelings you are likely to feel while viewing the film. I believe it is important to realize that there are many different feelings that viewers will feel too. Some of these may include darkness, isolation, unknown, strangers, and modern science. These are all used in the film Get Out so it is not unreasonable that the audience would feel them and hopefully I can replicate them in my adaptation.
There are many things that are enjoyable about the movie. Some of the things I enjoyed most were the relationship that Chris and Rose had before things went bad. I enjoyed the strangeness of many of the situations. I thought the setting was enjoyable and it occurring at a modern time period for me made it all feel more realistic. The characters that were not evil in the movie were very easy to like as well. Some of the things I disliked were the evil that some of the people possessed. I also didn’t like the feeling that Chris was hopeless but that may have made for a more exciting movie. If I could change one thing I would try to save the victims of the family’s evil body controlling. It is unclear what happens to other victims so I wish that had been cleared up.
I believe the setting is very crucial to most films. Get Out is no different. If the setting was changed the entire movie would change. One of the reasons I believe the movie is so scary is because it feels as if there is no help nearby. If it were not in the country but in the middle of the city, it would feel like there was help everywhere and it would be a lot easier to escape. Also if the time period were changed the whole movie would be different. The phone calls between Chris and Rod are very important and if it took place in an earlier time period they might not have been possible. That would change the whole outcome of the movie. If you changed characters, most of the movie would remain the same as long as their views didn’t change, unless it was Rod Williams who is Chris’s best friend. His courage is what saves Chris and if it if were anyone but him the whole movie might have been different. A sequel might not be possible due to deaths that occurred. A prequel on the other hand would be perfect because it could give us information on how the people that were dating Rose before dealt with the situation.
The primary question I will be investigating is how modern racism plays a role in today’s society. I hope the audience has their own opinion on the matter but I will be deciphering what Jordan Peele is trying to portray to the audience. I think that today there are fears that southerners still have racist views and that there is white supremacy out there. This is something the audience has to think about after watching the movie. This is undoubtedly extremely wrong and I don’t believe anyone with a sane mind would disagree. This movie portrays a fictional view of a white family that is attacking and targeting black people because of their race. This is a very terrifying idea to many and that is one of the reasons that this film is so successful in being terrifying. 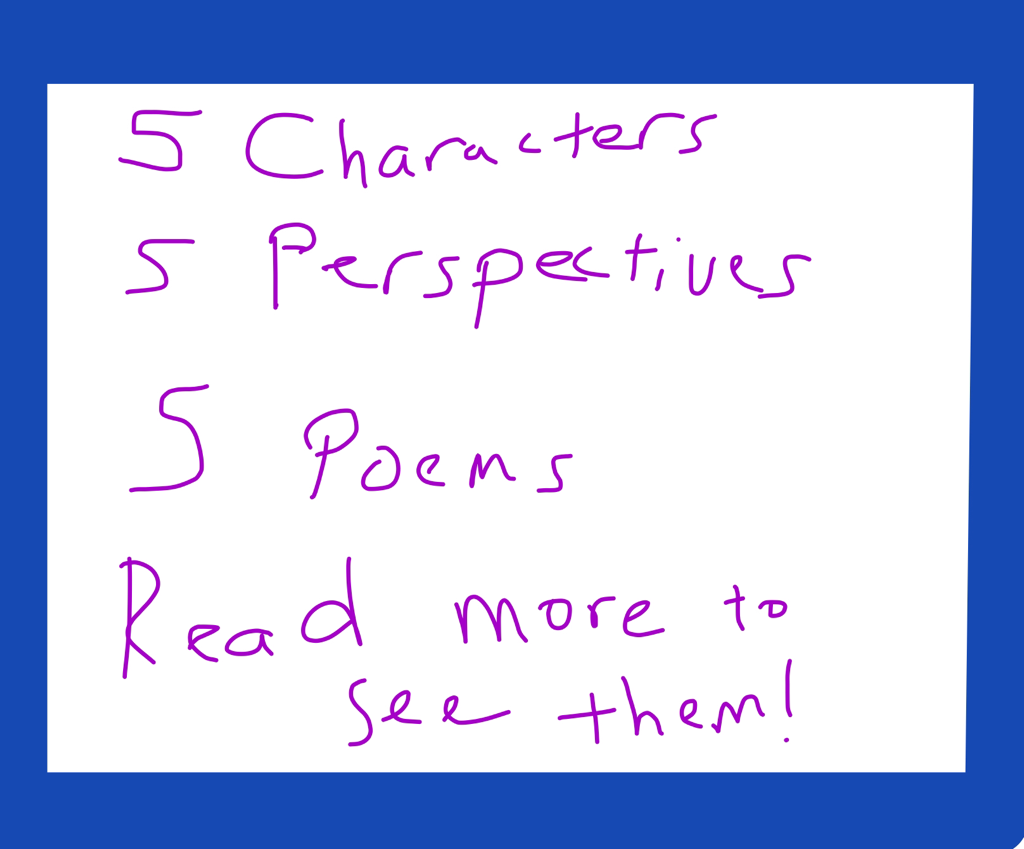 ​From the perspective of a modern observer:


I am glad to see that with the help of Rod
Chris was able to escape the horrors
It just makes me sad to see
What happened to all the others
Modern Racism
Racism is a topic that is difficult for me to discuss. This is due to me having never been a victim of that. If this was a topic of various feelings I feel from time to time it would be different and I would be able to talk about it and include information about my own experiences. Although I have never felt attacked because of my race, I can understand the struggle Chris must face on a day to day basis. His whole weekend he is nervous and expects Rose’s family to not approve of him because he is African American. That should not be a fear someone has. His fears turn out to be something not even he could have imagined. There is some reverse-racism in a sense. This is the case because Rose’s family wants to take over his body because it viewed as ideal because he is black. That is how Modern Racism is a theme in Get Out.

Heroism
Heroics is a very common theme in Get Out. It can be seen from many different characters. There a few very defining moments of heroism that I think make it so that Chris has the opportunity to survive this dreadful experience. The first one that will be discussed is done by Chris himself. He knows that when Rose’s mother makes the noice by spinning the spoon of the tea cup that he will be sent in to the black area where he has no control over his body. Luckily he has plugged his ears with foam from the chair he is strapped too so he does not get put in the trance. He still fakes it so they think he is. This is a very saving moment for him. Another heroic moment is when Rod Williams(Lil Rel Howery) who is Chris’s best friend travels up to help Chris and save the day, or night in this situation. He ends up keeping Chris alive. The final thing that should be discusses is Georgina(Betty Gabriel). She is the unsung hero in my mind. The whole movie it is clear she is acting strange as if she is fighting back against the host controlling her body. Something she does is leave pictures of Rose’s past victims to let Chris know that he is in trouble. This is something that helps Chris out and sets up the events that eventually lead to him escaping. 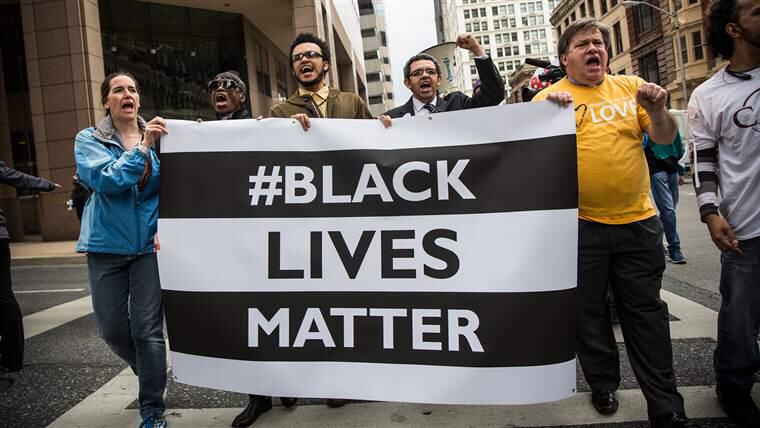 Modern Devices
The topic of modern devices is one that I think Jordan Peele did a very good job on. A lot of horror movies that came before this movie take place before cell phones are a thing. Peele does a good job of using them every so often so that they were not overused. This makes the whole situation feel more real and relatable. Sometimes in movies at the beginning it is made clear phones will not play a role because there is no signal or the lines are cut. Get Out is different because the technology of a cell phone is what partially helps him to escape alive. This is a great element of the film. 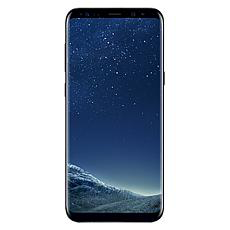